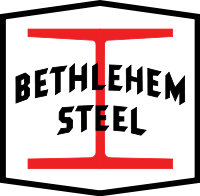 And it's getting very hard to stay
And we're living here in Allentown
When the going gets tough, the tough get singing. There is no greater outlet for Man's emotions than through music. That's what it's for. It's the stuff of life, good and bad, that makes for a really good meaningful song. "Allentown" is no different, and the topical circumstances are no different than what we are experiencing right now...severe recession. 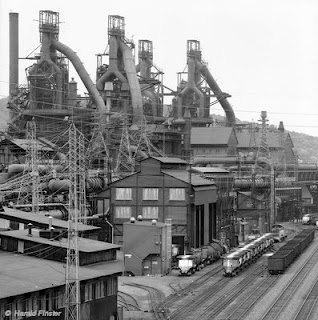 The song is about the steel industry in Pennsylvania, and even though the title is Allentown, PA, as there are no steel mills in Allentown, the lyrics are really talking about the city of Bethlehem, PA (the Bethlehem Steel Corporation) and the decline of the American manufacturing industry in the late 1970's, which Billy Joel personally witnessed. He chose to keep Allentown as the title city because he felt that using the name "Bethlehem" would create some confusion, causing people to think about Christmas and Baby Jesus instead of what the song's true focus was. Bethlehem Steel employed most of the people of Bethlehem, PA as well as other neighboring cities in the Lehigh Valley area, and yes, Allentown was one of them.

The song opens and closes with a distinct rhythm. It is the sound of a rolling mill, which is used to convert steel ingots into I-beams. During the industrial boom of the Bethlehem Steel Corporation, this sound was heard all over the Lehigh Valley area...but if you go there, today, you won't hear it anymore. In the 1970s they were forced to close the mills and layoff most of the workers and sending the Lehigh Valley region into a disastrous economic slump, which is reflected in the lyrics, "Out in Bethlehem they're killing time/Filling out forms/Standing in line"...people trying desperately to get unemployment compensation before they lost everything. In 2003, the company closed its doors forever.

Realistically, the recession of the 70's and 80's didn't just affect Pennsylvania. The whole country was in distress, so one steel mill closing and putting people out of work was hardly newsworthy. Plus, recession is just one of the fluctuations that a free market economy will experience from time to time; it is inevitable, and it is the nature of that economic system. There are literally thousands of songs that talk about hard life during economic depression and recession. However, the Bethlehem Steel Corporation's demise is a big deal, historically because this corporation's life was an historical big deal. 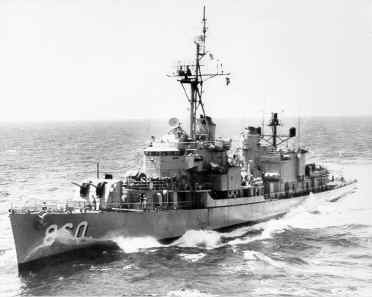 "Well our fathers fought the Second World War/Spent their weekends on the Jersey Shore/Met our mothers in the USO..." The corporation was born in 1857, and of course the steel industry was at the core of building America's modern infrastructure, but it was the mid-20th century, particularly during WWII, that Bethlehem Steel would enter its golden days. Legend has it that in September 1939 Bethlehem Steel Corp. Chairman Eugene Grace was teeing off at the Saucon Valley Country Club's Old Course when a caddie ran up to his foursome and announced that World War II had just begun. Upon hearing the news, Grace turned to his golfing partners, who were also his vice presidents, and said, "gentlemen, we are going to make a lot of money." That would later prove to be the understatement of the century. Bethlehem Steel didn't just make a lot of money. They supplied an entire army, built cities, and employed generations of workers. The company grew so large that it even had its own police force, which was actually bigger than the City of Bethlehem's. It also didn't just employ steel workers. It employed service personnel for its company kitchens, carpenters, landscapers, and electricians. 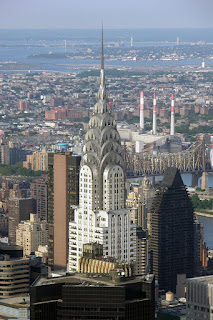 Much of Bethlehem Steel's production came from its enormous contribution to the World War II effort. As much as 70 percent of all airplane cylinder forgings, one-quarter of the armor plate for warships, and one-third of the big cannon forgings for the U.S armed forces were turned out by Bethlehem Steel, and the company was responsible for building nearly one-fifth of the U.S. Navy's two-ocean fleet.[1]. After the war, Bethlehem Steel continued working on the civilization it had begun before the war. It is responsible for the steel frames for many bridges throughout the U.S. such as the George Washington Bridge and the Golden Gate Bridge and buildings such as the Chrysler Building in New York City. In fact, 80% of the skyscrapers in NYC would collapse if Bethlehem's steel beams were removed. In it's glory days, it was the number two steel mill in the nation. In the race for number one on the Fortune 500 list, "The Corporation", as it was known as by the competition, was known as "Little Steel" and was second only to "Big Steel" - U.S. Steel (USX).

Alas, "as the nation goes, so steel goes" is how things work in the steel industry. Bethlehem Steel couldn't keep up with the invasion of foreign steel and mini mills and substitute materials such as aluminum and pressed concrete. These, however, have been threats to local steel for as long as local steel has been in business. Bethlehem Steel collapsed when other steel companies did not. Much of this is due in part because with the expansion of the free market, the increased availability of cheaper steel, and better methods of production, Bethlehem Steel did not grow and diversify as the competition did. During the recession of the 1970s and 1980s, the steel companies often made business ventures outside of their own industry, using new consolidations and purchases to fund their assets that were failing due to the economy. For example, U.S. Steel purchased the Marathon Oil company and used oil profits to bolster its sinking steel plants until the end of the recession. When its steel profits began to recover, the company then separated the two. Another aspect of Bethlehem's demise was its sloth in developing competitve but environmentally conscious production methods. The invasion of foreign materials made it very clear that steel consumers would prefer to use foreign components if the cost was lower and the quality just as good if not better than what was being produced locally. Many failing steel companies did not engage in this aspect of the competition, and in refusing to do so lost so much money that bankruptcy was inevitable, dispite a long, successful track record.

When the time for expansion was at hand, Bethlehem did not grow as the other steel mills did. It's top executives continued to pay themselves lavish salaries, dispite the toll and the distress the economy and lack of and business was putting on the company. Since the war years, the company had maintained the same people on the executive board. These men paid themselves and ran the business as if The Corporation was still reaping the profits of turning out warships, cannons, bridges, and buildings. Sadly, when fresh executives were brought in to clean up the company's fiscal mess, they attempted emergency repairs: freeze executive salaries and lay off workers. However, the fixes came too late, and the company inevitably failed because of itself. It didn't just fail itself, though. It put the entire Lehigh Valley out of a job. Entire families for generations had been employed by this company.

Given that information, the rest of the song's lyrical meanings are self explanatory.

I can comment on this one because I grew up about 40 miles away and lived in the area for a year or so at the end of the 80's. Of course your info is very accurate and as I am not contradicting any of it, my comments are only meant as additional info.

Despite its snappy melody, people in the area were not appreciative of the song. First of all because as you mentioned, Bethlehem Steel is not in Allentown and if someone writes a hit song about your town, they expect you to get the facts right even if Bethlehem didn't fit the melody as well. The two locales are twin towns/cities something like Minneapolis/St. Paul, although smaller - probably a combined population of about 150,000. So as you stated many of the Bethlehem Steel employees did actually live in Allentown. Mainly the locals didn't like their area being portrayed as depressed and although it's hardly paradise on Earth, it's about the same as any other small East Coast city. Newer technology industries have arrived to take the place of manufacturing and while much of the inner city area is rundown with high crime rates, other sections of town and outlying suburbs range from decent to properous.

More additional info FWIW. Bethlehem Steel didn't entirely close down in the late 70's, as for many years they made high quality steel that other international companies couldn't or didn't choose to manufacture. Of course that was only a shadow of their former selves. I believe it was 5 to 10 years ago that they closed completely. The factory complex itself is amazingly large, stretching for miles (10 I think) along the Lehigh River. I read somewhere on the Internet (everything you read on the web is true - right?) that it was the largest building in the world but as it really is a series of somewhat connected buildings, it really shouldn't qualify as such. The city has been trying to get various projects going to put it to use and improve it's rust belt appearence. A project to have the entire complex made into a museum never got off and since Pennsylvania legalized slot machine gambling a few years ago, a casino complete with Emeril restaurant etc opened recently. I haven't seen it but would assume it only takes up a small portion of the former factory. The downtown area of Bethlehem has been undergoing rejuvenation projects over the last 10 - 20 years and is impressive.

One more note. I certainly agree that non-forwards looking management caused its closure but have to sadly add an opinion that it was also the unions. I'm 100% behind what unions originally did when manufactuers thrived on economic slavery but it was a case of the pendulum going in the opposite direction. I recall a graveyard shift employee telling me he brought a pillow to work, did less than an hour's work and then slept in a corner somewhere until his shift was over. All at an exorbinant pay rate and the management couldn't do a thing due to the union. Mack Trucks had a large factory in Allentown until closing in the late 80's so that like many other manufactuers they could move operations to a non-union shop in the Southern US.

Enough rambling - just minor info additions. In summary, it's not a bad area (or particularly great either) if you ever get to visit or have reason to consider moving there. Billy Joel just wrote a song and I guess Allentown worked well in the melody. He could have written that Allentown has the largest wooden roller coaster in the world but that probably wouldn't have set the charts on fire. Cheers,

"Ramble On", Dave. There's so much story behind these songs (and from every angle you can imagine) that if I tried to write it all we'd all be here for a week reading just one post!