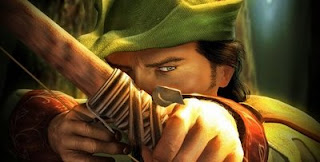 As I was goin' over the Cork and Kerry Mountains
I saw Captain Farrell and his money, he was countin'
I first produced my pistol and then produced my rapier
I said, "Stand and deliver or the devil he may take ya"

Being drunk and weary I went to Molly's chamber
Takin' Molly with me but I never knew the danger
For about six or maybe seven, yeah, in walked Captain Farrell
I jumped up, fired my pistols and I shot him with both barrels

Now some men like a fishin' but some men like the fowlin'
Some men like to hear, to hear the cannonball roarin'
But me, I like sleepin', 'specially in my Molly's chamber
But here I am in prison, here I am with a ball and chain, yeah

M'uishe rinne me me don amada
Whack fol the daddy O,
Whack fol the daddy O,
There's whiskey in the jar.
**Please note that four years of German has not improved my Gaelic any, and if this part was completely butchered, I do apologize. Nobody is for sure if this is just what the Irish call "lilting" (American's call it 'scat singing') or if it's misspoken Gaelic (as in...drunken, slurred). If those are the correct words, then it's possible that it means "Whiskey has made a fool of me"...or something like that. "Whack fol the daddy, O" sounds like drunken Gaelic for "The work of the devil", which also makes some sense.
Usually I try to use the original recorded artists when making these posts, but for this song I just HAD to use the 1998 Metallica version. First, there wasn't a whole lot of great "something to say" music that came out of the late '90s, and secondly, up until recently there wasn't a great deal of fusion of actual, tradional folk songs and rock-n-roll (especially heavy metal) as there is now.

Although the original song predates modern recording methods by a couple hundred years, the recording of this song is usually credited to The Dubliners who recorded it in the 1960's and gave it more exposure than any other group. However, it wasn't until 1998 that Metallica's cover of Thin Lizzy's 1972 cover brought the song to a huge music audience, blasting the song to #4 on Billboard's Mainstream Rock Tracks chart. Finally, the best reason to use the Metallica cover as the representative of this song is because we naturally expect nationals to cover songs of their homeland, and such is the case of The Dubliners and Thin Lizzy; yet, we never expect foreigners to cover their folk songs. Metallica pulled it off, and they did it extremely well. The song contains the subject matter that is the entire basis of rock-n-roll music - "Stick it to the man", which is perhaps why our American "metallurgists" shot this song higher on the charts than anyone else ever had.

This is a traditional Irish folk song (of course it is). Many of the song's lines bear a strong resemblance to a traditional ballad concerning the execution of Patrick Fleming in 1650. Regardless of when it first made its appearance, "Whiskey In The Jar" is the classic hero-is-the-villain story. You see, Patrick Fleming was a highwayman. Highwaymen were robbers who travelled on horseback, as opposed to those who travelled on foot. They were also socially superior to any other robbers, so much so that in fact they were often referred to as "knights of the road" or "gentlemen of the road". They were romanticized and became the stuff that legends are made of...just like Robin Hood. 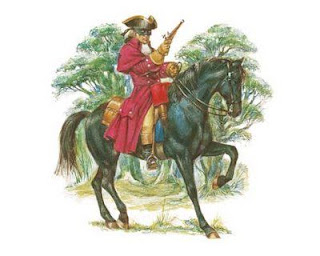 Highwaymen were heroes that transcended the boundaries of societal class. They were secretly applauded by the poor as well as the rich who opposed the ruling royalty. Highwaymen first made their appearance during the Elizabethan period and lasted well into the 19th centuries. Their "rob from the rich" philosophy caught on very quickly and spread to other countries as well. In America, they were called "road agents". In Australia, they were called "bushrangers". You'll notice that these two countries have one thing in particular in common - they were both colonized by the British, but the practice of road robbing didn't spread merely because of colonial efforts.

In colonial America, this song and others like it became extremely popular because highwaymen had become more than just muggers. They represented a stealth rebellion to all things imperial. They were the raspberry seeds in the wisdom teeth of British aristocracy and the British Empire. Under imperial rule, one's criticism of government or talk of revolution often met with harsh punishment and was mainly spoken in hushed undertones and in cautious familiar circles. There were many royal subjects who were highly dissatisfied with the government but who feared repercussions if any change was attempted or even discussed. In this way, the government leaders would control many would-be revolutionaries simply with fear.

Highwaymen were fearless. They stood toe to toe and eye to eye with their victims and directly engaged them. These men were highly confrontational and were not afraid to fight for what they wanted. Their offensive posture and demanding demeanor was often enough to intimidate the victim, who was probably not used to being treated in such a manner, let alone spoken to with such force that obviously accompanied any threatening movements of the robber. "Stand and deliver!" became the first "franchised" demand, beginning somewhere around 1677. Later, somewhere in the 18th century "Your money or your life!" also became a famous line that announced a hold-up.

Highwaymen became symbols of bravery, courage, and strength. It was their practice to lay in wait for their victims at the most dangerous stretches of road. If the road was dangerous for one traveller it was dangerous for all, but these men demonstrated that the payoff and success would be much greater if one took a calculated risk instead of playing it safe. This tactic alone gave them a high success rate. Successful pursuit and capture was highly improbable often due to the status and location of that part of the road and the environment around it. In fact, the strategies of the highwaymen were the very same strategies that the American colonies adopted to fight off unwanted intruders...including the British during the American Revolution. "Militia" as they were called were small groups of average civilians who banded together to defend their towns and homes. While the militia men weren't very good at standing up to regular forces, they were particularly good at hiding in the landscape and ambushing the British supply lines and small detachments of enemy troops moving from one place to another.

The occupation of highwayman began to fizzle out during the 19th century with the beginnings of mounted police patrols. Where the highwaymen had once relied on the speed and agility over various terrain thanks to their horses, police on horseback, unencumbered by bulky coaches or pedally impassable terrain, could now freely pursue the highwaymen after their attack with the same speed and agility. The possibility of a clean getaway became extremely remote, and in the end the practice was futile ( not to mention the impending punishment was death by hanging...for treason).

~This information wasn't "hijacked"...I simply remembered what I learned in 7th grade history and 12th grade AP European History...and I borrowed a little from these folks:
http://www.ushistory.org/people/minutemen.htm
http://www.historyisfun.org/militia-in-the-Revolutionary-war.htm
http://www.contemplator.com/history/highwaymn.html

Posted by LivingDedGrrl at 1:30 PM

nice, never know that this song has been performed by any other performer than the dubliners, thin lizzy and metallica.