There's a yellow rose of Texas
That I am going to see
No other fellow knows her
No other, only me
She cried so when I left her
It like to broke my heart
And if I ever find her
We never more will part

**Special Note: These are not the lyrics that appear in modern versions of the song. The original lyrics were re-written to remove anything that could be considered racist.**

And now a little bit more of "unsolved history". This is one of those tunes, like the last one, that has been around so long that hardly anybody knows what it's really about or how it got started. Who was the Yellow Rose of Texas that we're still singing about??

This song is the unofficial state song of the State of Texas, and while the most famous copyrighted publication of the song is from New York, the cover of which states "Composed and Arranged Expressly for Charles H. Brown by J.K." in 1855, the tune was actually first found handwritten on a piece of paper from 1836. The next question is...what was going on in 1836 that somebody wrote a song about?

Many believe this story to be a legend, however there is much verifiable, historical data and discovery to indicate that while incidental details may be fuzzy, at least the basic story is completely true. The story actually begins in 1830 when wealthy entrepreneur James Morgan came to the geographic area we now call "Texas". Land was cheap and the west was being won by anyone who either had enough money to buy it, anyone who could fight better than another, and/or anyone who could get to it first and still manage to hold on to it. Morgan had the ability for all of that. He began forming partnerships with real estate speculators from New York with the intent of buying up the cheap land and starting a colony there. The only problem was that there was that the land did not belong to any American (to purchase it from) and that there was already a colony living there. It was owned and populated by Mexico, who did not take kindly to the idea of being ousted from their own territory.

To combat the uncooperativeness of the resident Mexicans, Morgan developed a scheme to constructively evict them ("constructive eviction" is a legal term for making the conditions of one's living or working space so unbearable that one leaves voluntarily and without confrontation). Morgan's plan was to systematically flood the region with non-Mexicans from the United States, which is exactly what he did. In 1835, he doubled his efforts by recruiting workers for his new settlement. One of those workers was an indentured servant by the name of Emily D. West. 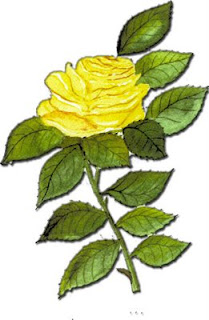 Morgan owned a large plantation on the island of Bermuda. Historical evidence suggests that this is where Emily West was brought from. Emily West was mulatto who had extremely light colored skin despite her mixed ancestry. This gave her skin an almost white, yellowish type hue ("yellow" was the term given to all light-skinned persons of mixed race/color/ancestry until 1930 when it was removed as a descendency category on the U.S. Census). The territory of Texas had outlawed slavery, and so to get around the law, James Morgan converted all of his slaves in to 99-year indentured servants. It is believed that Emily volunteered to be indentured so that she could come to America and escape the persecution she experienced because of her mixed race.

The rest of the story goes like this: In 1836, found Texas in the middle of a war for independence from Mexico. James Morgan's new, fully operation colony, New Washington was located at the mouth of the San Jacinto River, which turned out to be a strategic military location. Morgan aided General Sam Houston and his men by providing food and supplies to them. Because of the prime location of the settlement, Houston's men could pilot their flatboats right up to Morgan's docks to be laded. Morgan's aide to Houston showed that he was a friend to Texas, and he was awarded a commission as a colonel. When Morgan went off to fight for Texas, he left Emily West in charge of the settlement and in charge of lading the military flatboats.

Mexican army commander General Santa Anna learned of New Washington's military aide operation. In an attempt to cut off this aide, he and his men stole up the San Jacinto River to capture Morgan and New Washington. To his surprise, he found a young woman lading the Texas flatboats. General Santa Anna had always thought of himself as a ladies' man, and he was immediately struck with Emily's beauty. Like any ladies' man would do (ha ha) he kidnapped Emily and her young helper named Turner. He coerced young Turner to tell him where Gen. Houston's men were camped. Before Emily's and Turner's forced removal from New Washington, Emily convinced the boy to escape. The boy ran to Gen. Houston's camp ahead of the Mexican scouts and warned the Texans of Gen. Santa Anna's impending arrival.

Even though Santa Anna was married to a woman in Mexico, he had a slight self-control problem. During his command he had also married a teenage captive from one of his Texan campaigns; however, his military duties had already separated him from her for two weeks. He felt that Emily would be an appropriate...er...substitute. In his excitement over Emily, despite the protests of his officers, Santa Anna ordered camp to be set up on the plains of the San Jacinto River. This left the Mexican army completely open to surveillance and attack. It didn't take long for Gen. Houston to move his men to attack Santa Anna. On the morning of August 21, Houston shinnied up a tree to spy on the Mexicans. There he saw Emily West preparing a fancy breakfast for Gen. Santa Anna, and he remarked to himself, "I hope that girl makes him neglect his business and keeps him in bed all day." Houston's men immediately launched a surprise attack on the Mexican army (though not so surprising to the high brass who had warned Santa Anna about this very thing). General Santa was literally caught with his pants down, and the official military report is that Santa Anna was seen running from the heat of the battle with his silk shirt open.

Emily West survived the battle and was returned to New Washington. James Morgan had not heard about the Battle of San Jacinto. When he returned to the settlement, Emily told him all about it. He was so impressed at her heroism that he immediately repealed her indenture and granted her a passport back to New York. Even after she left, Morgan made sure everyone heard about her contribution to Texas' victory. In 1956, William Bollaert published a story which was related to him by either Sam Houston or Col. Isaac N. Moreland, who Emily worked for after the Battle of San Jacinto, of a mulatto girl who kept Santa Anna in his tent all day and prevented him from rushing to the conflict. This is the only more modern documentation which is available to historians.

~information loaded from the following:

Posted by LivingDedGrrl at 12:01 PM

Look at any list of comments with the various renditions of the "Yellow Rose of Texas" and it becomes clear the issue is not about covering over "racism" but the issue is that the South refuses to believe that one of their heroines could be a "person of color". per keeper @ http://www.gatekeepermen.us

Re Yellow Rose, Thank you for this fascinating story. I'd read references before to this being about a light-skinned black, but had just assumed that it was a song kind of like "My Creole Belle". I had no idea that this song had so much history behind it. To my surprise, at the age of sixty, I have a dark-skinned girlfriend born in the Jackson/Greenville area, and as a result I'm newly educated, fascinated and appalled by the whole issue of skin tone (if you haven't seen the video dark girl preview, it's powerful but really depressing)
richard@troutarbor.com
ps. if you youtube chainsaw marching band Solano Stroll, sometime in October, that was me who put that together.