The Federales captured me
Bound up my arms with wire
Officer came he says “Take your aim –
Steady your guns and fire!”
Bullet holes all across my chest
Ripped up my shirt and my body–o
Heart beat on through the silenced guns
To the rhythm of life inside me–o

Fell to the ground the officer came
One last shot to the head–o
Heard through the pain as he walked away
And left me there for dead–o
All went quiet so I crawled away
I wasn’t giving up to the glory
Ten good shots I took them all
And lived to tell my story
The last two songs have been kinda sad, so I thought I'd pick things up a little...at least tempo-wise. This song by Chumbawamba is particularly interesting from a musical standpoint because it's one of those songs that's upbeat and peppy and really gets you boppin' along, but it's really about a subject that's much darker than the mood it creates...although once you learn the story, whether or not this lighter mood is appropriate or not becomes a matter of perspective. This is a true story about a man named Wenseslao Moguel, who's name is famous for being on the many lists as being one of the Top 10 Most Amazing Execution Survival Stories.

In the early 1900's, Mexico was under the autocratic rule of Porfirio Diaz, who had held the Mexican presidency continuously since 1876. However, despite his re-elections, Diaz's regime was becoming more and more unpopular because of his political policy continuity and his repressive acts against the Mexican people. As a result, early in the 20th century, Francisco Madero Gonzalez, a wealthy politician, became the centerpiece of a movement to oppose any further re-election of Porfirio Diaz, having previously attempted to win elections with either himself as a candidate or a candidate of his choosing. None of these attempts to win the government were successful, yet he continued his opposition of Diaz. By 1910, Madero's political activities had gathered enough momentum and enough followers to disrupt the current status quo, and what followed after would go down in the history books as the Mexican Revolution, also known as the Mexican War of Independence. 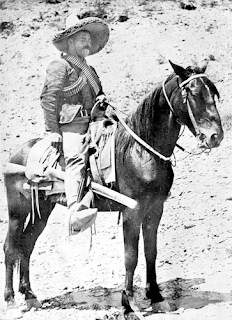 From the Mexican state of Durango came one of the most famous leaders of the Mexican Revolution, José Doroteo Arango Arámbula, aka Francisco "Pancho" Villa. Villa and his Villistas joined the Modero movement against Diaz, and in 1911 led the attack on Ciudad Juarez, which overthrew Diaz and put Madero into the presidency. Villa was appointed to the position of military chief commander; however, he and his commanding officer were now at odds with each other, and during an incident involving a horse, Villa was charged with insubordination - a charge for which execution was the penalty to be paid. Villa escaped to the United States and did not return until after the assassination of President Madero, and the presidency fell to Victoriano Huerta .

Pancho Villa returned to Mexico to confront the Huerta dictatorship. It is here that our song person enters our story. Wenseslao Moguel was a soldier under the command of Pancho Villa who was captured on March 18, 1915 by the Federales, which is the term given to Mexican Government troops, particularly those in Huerta's Federal Army from 1910-1920. Wenseslao was branded a traitor and sentenced as such - to die via fusillade (firing squad).

During the Mexican Revolution, firing squad was the preferred means of execution. The squad was comprised of 9 soldiers who would all fire their weapons at the same time. The 10th shooter, an officer, was to aim at one of the prisoner's vital organs and deliver the "coup de grace" - the kill shot that 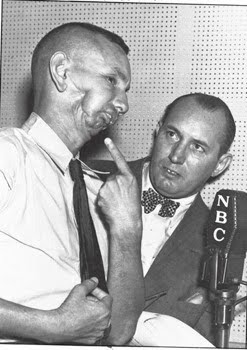 would ensure the death of the prisoner. Wenseslao was just such a prisoner. The Federales soldiers took up their positions to execute Wenseslao, and each one fired, including the officer delivering the "coup de grace", which was to be aimed at Wenseslao's head. Since the rifles were at point-blank range from the victim, after firing at Wenseslao the soldiers did not check to see whether or not he was still alive or not. They assumed he was dead, but they couldn't have been more wrong.

Wenseslao was, in fact, shot in the face, chest, and in the head, but they did not kill him. He lay waiting for everyone to leave and then presumably crawled to safety. Though horribly disfigured, Wenseslao Moguel became legendary for his survival after sharing his story on the radio with Robert L. Ripley, founder of Ripley's Believe It Or Not. The show aired on NBC and CBS during the 1930's. After his radio interviews, Wenseslao Moguel also made appearances at Ripley's Odditorium in Cleveland, Ohio, and traveled the country with the Ripley's Museum. He became famously known as "El Fusilado" - the executed one.