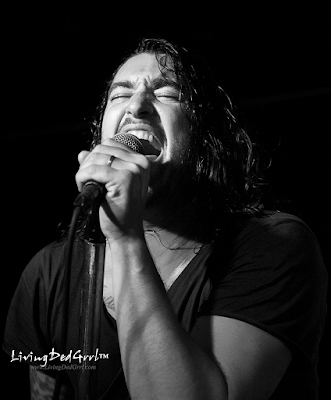 I remember the first time I saw Red Sun Rising. I walked in the gate at Carnival of Madness at the Time Warner Amphitheater in Cleveland. There was a band playing off to the side with a small stack of mains and a couple of monitors. With an incredible amount of energy exploding from this corner, it was impossible to walk past them without stopping to have a listen. That listen turned into an entire set, and I even got a look at the kick drum head so I could check them out later, and check them out later I did! This little band has such an impact on the  people around them...enough to make you remember them even long after an exhausting all-day festival with all your favorite national acts. A few days later, I found myself the proud owner of their first (and only) self-produced album. Out of all the music I own, that Red Sun Rising record (and subsequently every one after that) became my favorite. If it was vinyl, I would have worn it out twice by now. I started stalking all the band guys on Twitter. I found a link to their only video, ''Beautiful 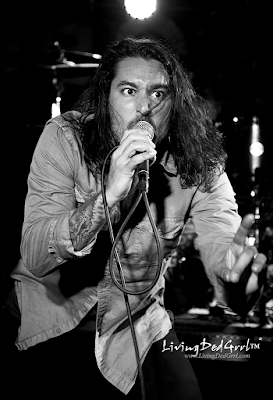 Suicide'' on YouTube. Wow...they have presence, they have energy, and more than anything else....they have real talent. This isn't a couple of college kids banging out some chord riffs. Ryan can play...and I mean PLAY. He makes that Gibson SG sound like hot butter on a greased up griddle. I've heard a lot of music in my time, but these guys are crafters. They have that classic rock sound with a modern rock feel. You know, that groove from the glory days when those guys really knew their way around a fretboard and the songs were more than a couple of cookie-cutter chords strung together to satisfy a formula. And when Ryan isn't soaring above the groove, Mike is. His vocals are reminiscent of an era where rock 'n' roll was about feelings and things you thought about and things that happened to you: They are gritty and real and you believe him. He's engaging. He has an incredible stage presence that makes you want to participate: This ain't no sittin' down music. No, it's true. It was hard to just sit and listen to this band without checking their Twitter for concert announcements. I went to all their shows. I dragged my sister to all their shows. I even sent copies of their album to a friend in S Carolina. 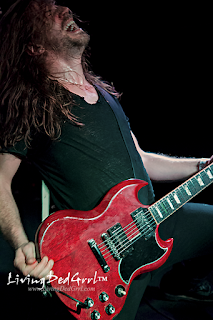 For the next couple years, this band would put the same amount of energy into their music career as they did their music. There were many bumps in the road. There was a time when, after years of hard work, the unthinkable occurred and they had nothing but a legal pad to write down email addresses for a newsletter. They didn't have anything to give the crowd except themselves, and that's exactly what they did. They never wavered. They just kept swinging for the fences. RSR wasn't done. They had big plans. Huge. And what's more, they were humble throughout, and they continue to be so. They are stand-up guys. So, when they called upon their fans for help with their next album, they were met with overwhelming support, and in true RSR form, in a swing-for-the-fences move, they hurdled the next mile stone, which led them to the break that sent them to the top of the Billboard charts.....twice. 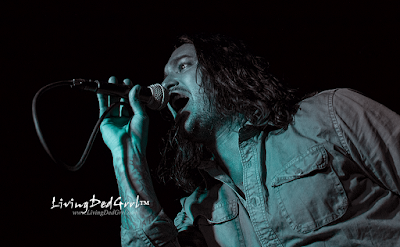 From the beginning, this has always been a band that was about music and people. They write their own songs, and they do it their way. They never use pre-recorded tracks at their shows. What you see is what you get, and what you hear on the record is what you get live. They have integrity both on and off the stage. People are what got them where they are, and they have never forgotten where they came from. I am old enough to remember the old time rock 'n' roll, and yet here is a new band that I can sit and listen to with my teenage daughter. It is music for all generations, and this was no different at Pub Rock Live on Sunday night. To my left were college kids. To my right, well, let's just say I'm not sure who loved the band more...the elderly gentlemen or his wife. The stage was smaller than the festival stage they'd played the night before, but but that doesn't mean the show was. This band only knows how to go to 11. The crowd pressed closer to see them. 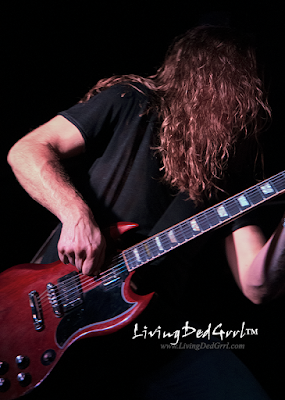 Older folks were rocking out with younger, and from start to finish, Red Sun Rising put every ounce of energy they had into the  show. Mike even threw in their cover of Alanis Morissette's ''Uninvited'', which sent out a hypnotizing hush over the captivated crowd. Two guys were talking next to me, and I overheard one of them say that Mike Protich could be the next Eddie Vedder. This band carries with it a certain vibe. It brings people together, which is the true spirit of music. After the show, people were sharing their stories of how Red Sun Rising impacted their lives, sharing stories not just with the band, but with other strangers. There were fans from all over the Southwest, and even some from the home team in Ohio, who could say they knew them ''when''. I have been to many concerts in my time, but never have I made as many friends out of strangers than at RSR shows. The band just naturally facilitates a ''family'' atmosphere. So, in a way, their success is kind of a dream come true for us, too. At some point, every kid who picks up an instrument fantasizes about making it to the Big Time. Everybody has a song about the journey to shooting stardom and what it takes to be a jukebox hero, and if you're two guys from Akron, OH, you keep that dream alive. 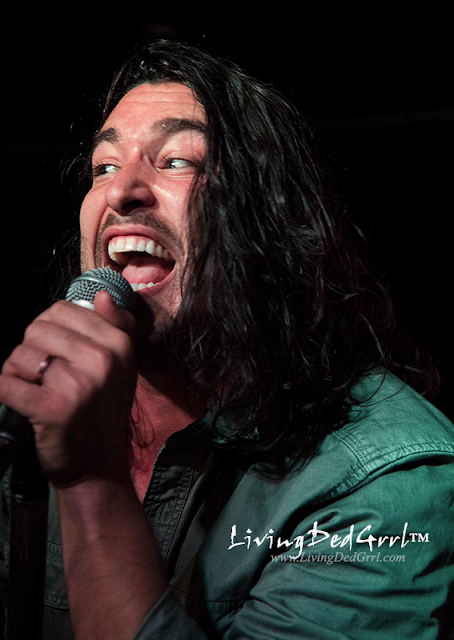 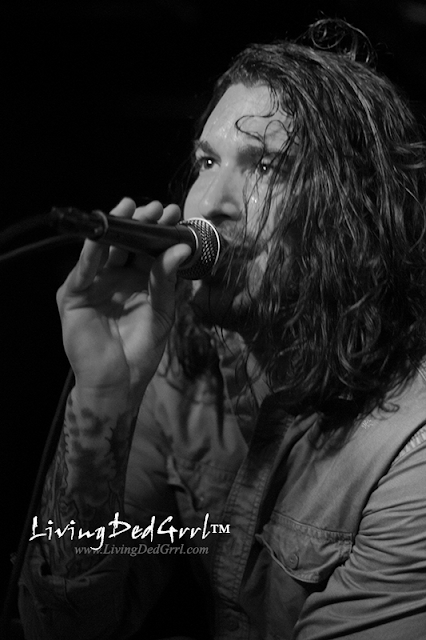 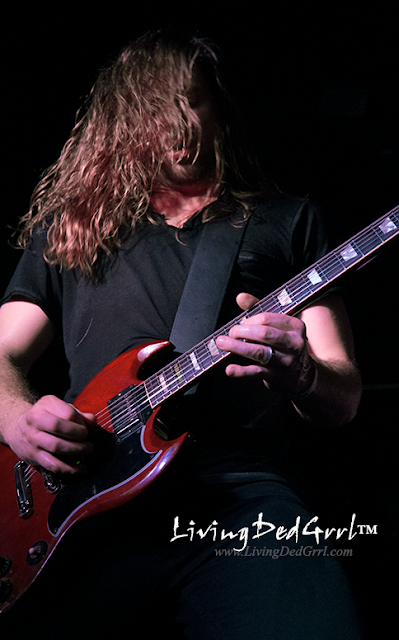 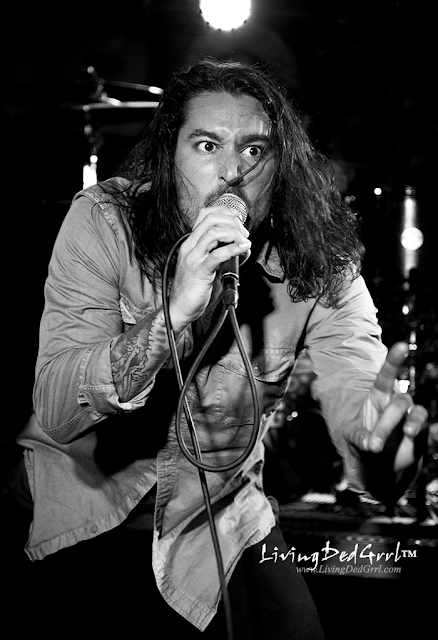 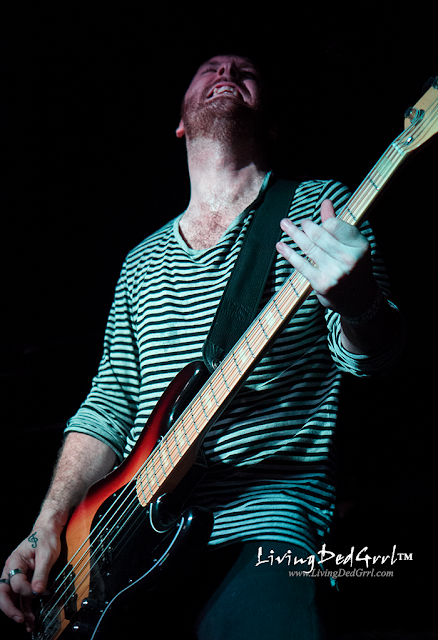 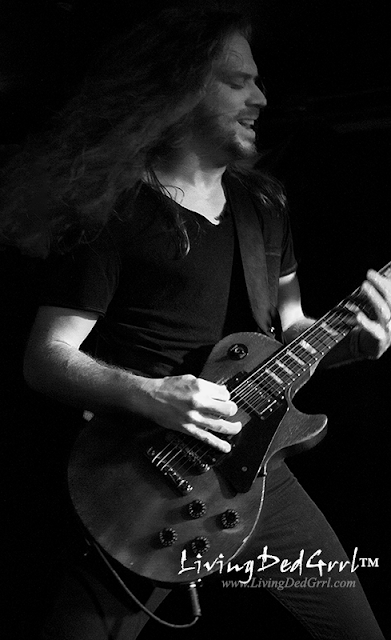 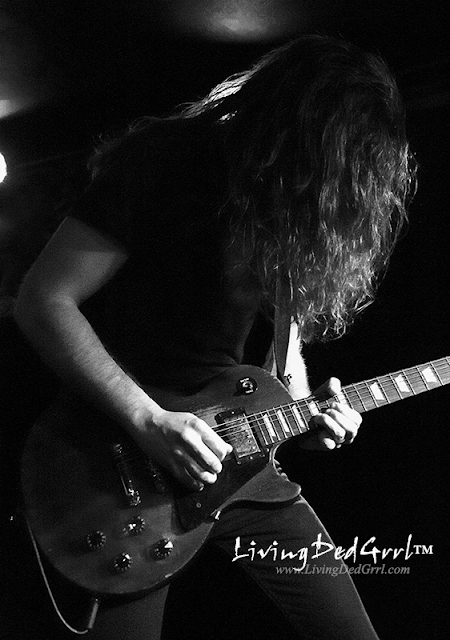 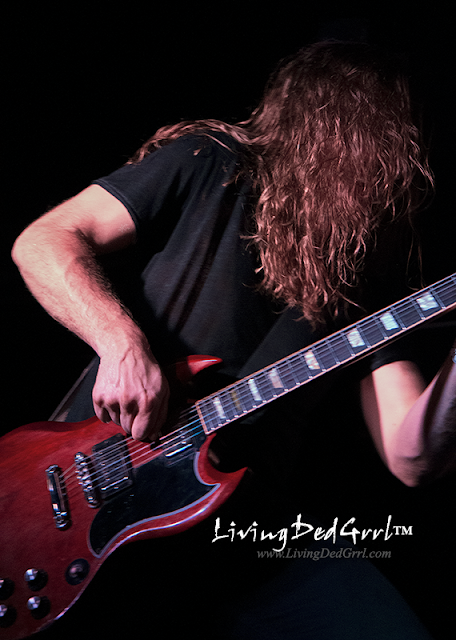 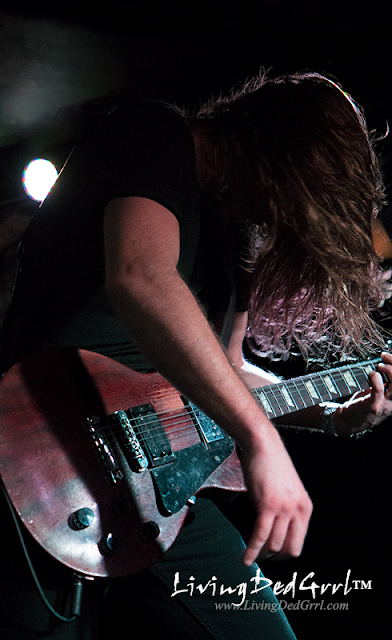 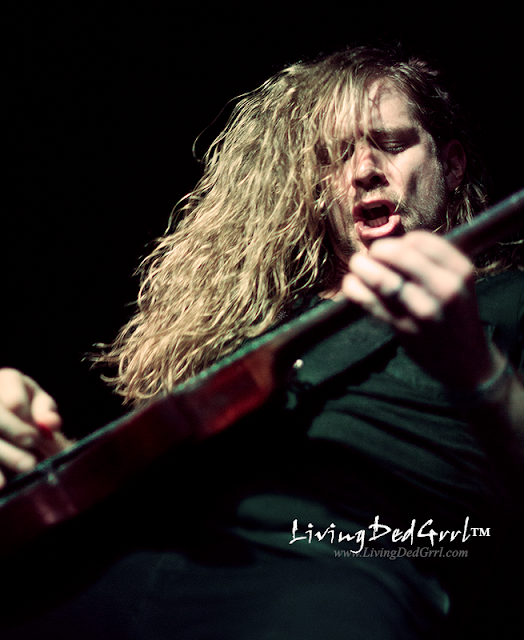 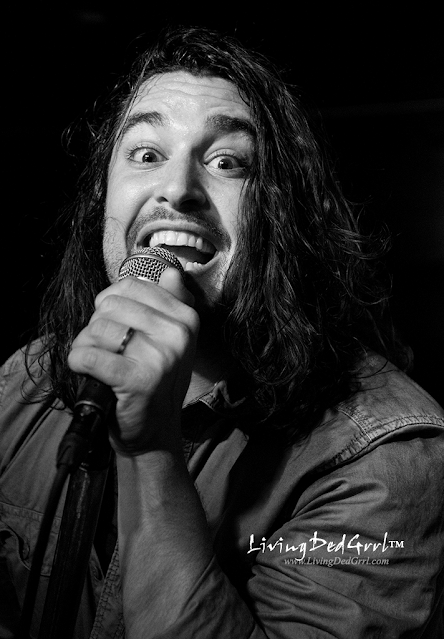 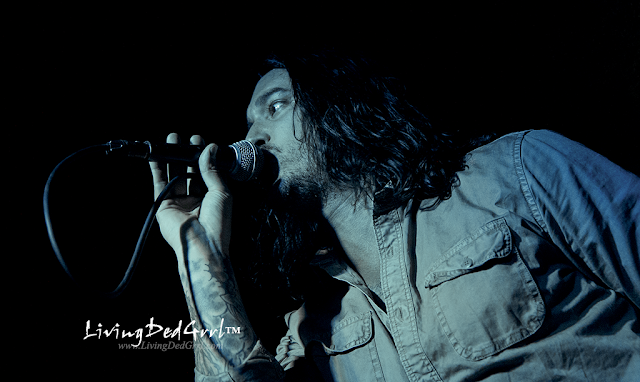 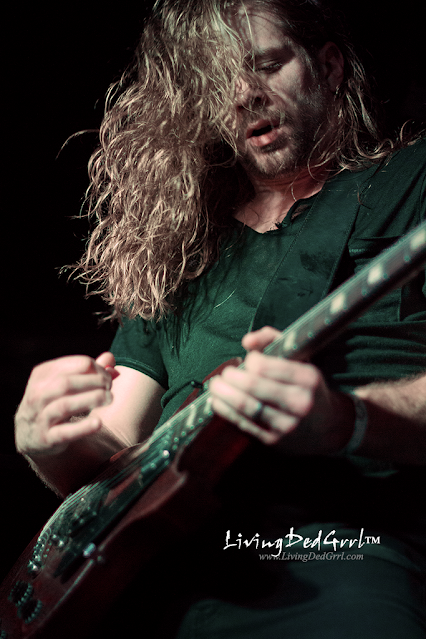 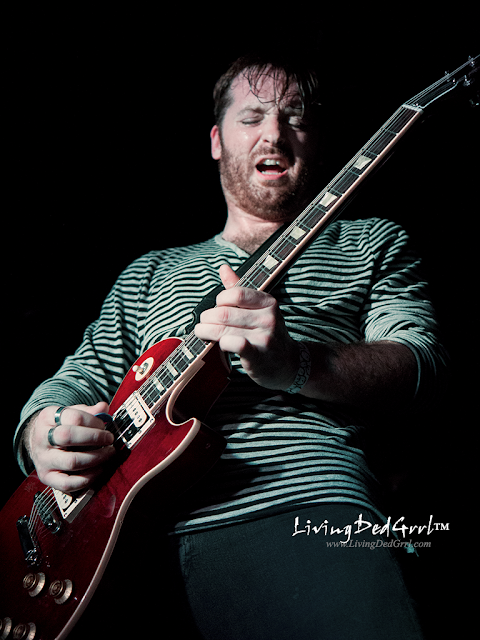 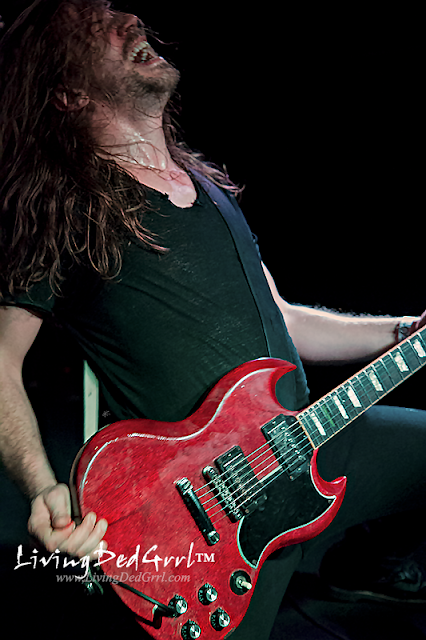 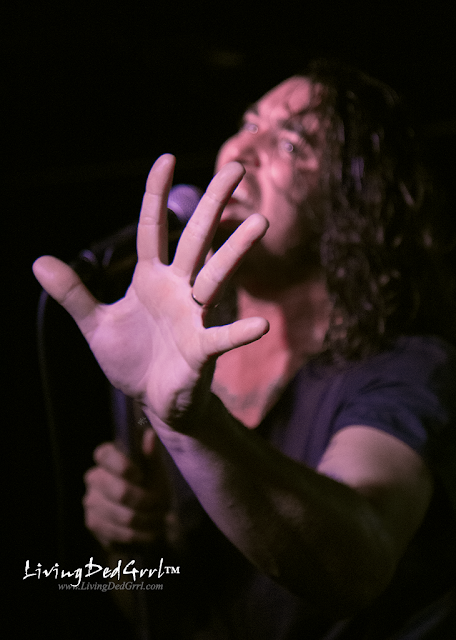 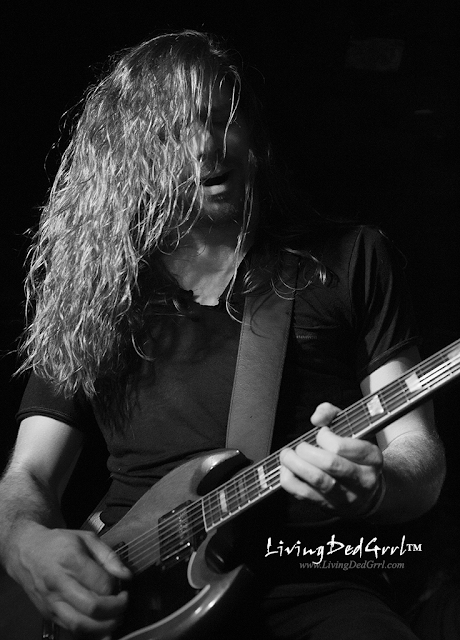 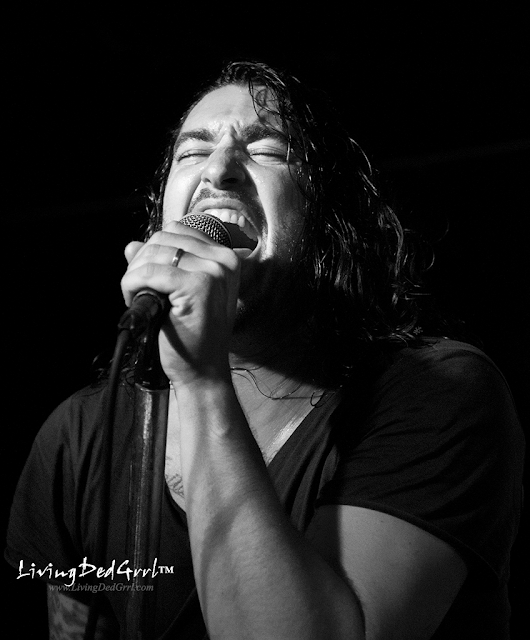 Posted by LivingDedGrrl at 12:13 PM