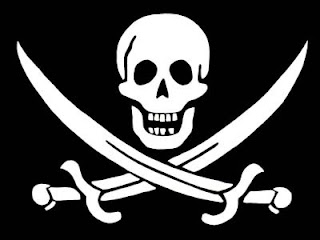 Is there anyone who doesn't know the words (or at least what sound like the words) to this one, even if they don't speak Spanish? Thanks to Ritchie Valens' most famous rendition, this 300 year old folk song from Veracruz, Mexico lives on, even though the tradition behind the song is mostly lost.

It doesn't quite have the same amount of "cool" as it does in Spanish. That's because the lyrics just don't quite translate into English. Like most folk songs, La Bamba came about while commemmorating a specific event, but unlike the tunes we are used to, this one's lyrics have very little to say about the actual event. Surprisingly, the song doesn't tell you how to do the dance, either. 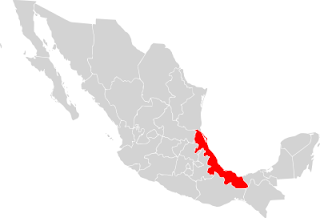 Veracruz was becoming quite wealthy with gold and silver, much of which was being stockpiled, awaiting ocean transport back to Spain. In 1599, because of frequent flooding, the port of Veracruz was moved to the island of San Juan de Ulua. There a fort was built to protect the state from maritime assault on their riches. San Juan de Ulua was nearly impregnable. In fact, in 200 years, there was only successfully assaulted once.

While the fort was safe, the village of 5,000 people was not. On a night in May of 1683, Lorenz de Graaf, who was a Dutch pirate who was locally known as Lorencillo, stole into the village and did exactly what pirates do. He and his men rounded up all of the villagers and locked them all in the village church while he and his men ransacked, burned, and pillaged the town, doing whatever it was they felt like doing. This lasted three days. It was especially hot this time of year, and rather than wait out the onslaught, the some of the villagers climbed to the top of the church's bell tower and leapt to their deaths to escape the heat, confinement, and lack of food and water. When the rampage was over, the pirates took 30 of the villages prettiest girls to Isla de los Sacrificios before returning to ther lair in Laguna de Terminos. The girls were left there for another five days without food and water before help arrived to rescue them. 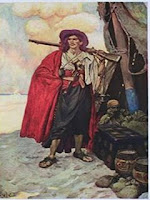 After that, the villagers of Veracruz and others up and down the Spanish Colonial Empire in the Caribbean lived in fear of further pirate attack. Lorencillo had left the villagers trembling at their own defenselessness and at the possibility of repeat performances from marauding privateers. Most people threatened to leave the colonies and go back to Spain, so the King spent a fortune to wall up the city for their protection. While they had their wall to hide in, there wasn't much of an army or navy to defend it. Consequently, many young men and slaves were conscripted into military service. This makeshift military set up a defense system of bells, alarms, and maueuver drills. In these drills, civilian participation was mandatory. The only problem in all of this was that while it was so elaborate and intricate, it was a response to a single event that had already happened. This kind of invasion had only happened once, and it wasn't likely to happen again. So, essentially they were attempting to prevent something that already happened. The word "Bamba" comes from the Spanish word "Bambarria", which means "to try and prevent something after it has already happened."

Thus, the song was born as a poke in the ribs of the local officials who had become quite pompous in their efforts. The tune caught on and spread among the locals, too, and *poof* instant folk song! The "Arriba, arriba!" part of the song is supposed to suggest the furor of the governmental efforts. The phrase means, "Faster, faster!" which was the attitude of the officials for many years after - build and train faster and faster, hurry up before the pirates strike again! After a few years, however, the people grew weary of the increased drilling (that they still had to participate in) and the vigor of more building, and we have the somewhat suddenly banal repetition of the word, "Bamba" at the end of the chorus, as if to shake one's head and say, "Yeah, yeah, yeah..." As it turns out, the villagers were correct. Veracruz never did experience another pirate attack, and in fact, just 100 years after the Lorencillo incident, Veracruz was instead occupied by foriegn military troops.

It's kind of a shame, but this song's tradition and story have been lost over the years. Traditionally, it was a song that was performed at weddings. The bride and groom would start by slowly stepping in unison. The song would get faster and faster, and their feet would appear to be making the movements of tying a ribbon together. This dance, however, has not been performed traditionally for many years, though, and the history of it is really only preserved in the dances of folk dancers.

Along with this wedding tradition, many of the original lyrics and verses have been lost as well. We know the first verse, which begins "Para bailar la bamba...". Although it doesn't come right out and say it, is a jibe at the pompous officials. Here are the other missing verses:

The second verse is about the people being locked up in the church. The climb to the bell tower (to throw one's self off the roof) required a long climb up a long ladder, and then a shorter climb to the top of the roof.

We also know the third verse, which begins "Yo no soy marinero". This verse is about the youth and slaves being against the military draft. "Marinero" means "sailor", and nobody in their right mind wanted to be a sailor during the golden age of piracy. Pirates may not have come into fortified ports to do their dirty work, but seagoing vessels were always fair game and almost always taken advantage of. So, no one wanted to be forced into the navy (pirates didn't take prisoners...hint, hint). The recruits would have rather been captains in the army...on land where it was safe. This verse is also repeated in the song, although it has a slight twist at the end, and the words, "Soy Capitan" are replaced with "Pero por tí seré", which means "But for you I will be (one)". These lyrics are possibly to indicate a show of force by the recruitment officer, and the draftee reluctantly resigns himself to service in the navy.

Finally, the last verse of the song follows the repetitive singing of "Bamba", and also reflects how the drilling and attack preparations had gotten old, and the public felt ready to move on:

And here's a bit of a rattlesnake...the version you might be more familiar with. It's the Los Lobos version that was used in the movie, La Bamba. It's a just a little faster with a little less "Mexico" and a lot more "rock".

And now, let's clear up a couple misconceptions about the movie:

1.) NO - that is NOT Lou Diamond Phillips singing "La Bamba" or any of the other songs in the movie. The singing voice you hear is that of David Hidalgo, guitarist for Mexican-American rock band Los Lobos. Los Lobos performed all of Ritchie's music for the movie, including "Donna".

2.) NO - that is NOT Lou Diamond Phillips playing the guitar in the song. The lead guitar parts there are being played by a woman, Carol Kaye, who is a famous studio recording session musician from the Los Angeles area, who also played for Phil Specter's studio band, The Wrecking Crew.

~Information found from 'cruz-ing the internet and finding ports of call like this:
http://www.johntoddjr.com/143%20Bamba/bamba.htm
http://www.imdb.com/title/tt0093378/
http://www.spanish-translation-help.com/la-bamba-translation.html
Posted by LivingDedGrrl at 3:19 AM

That was the most thorough explanation I've ever heard. Thank you.

My father told me that the song was very old and brought up from Mexico to the valley of south Texas.