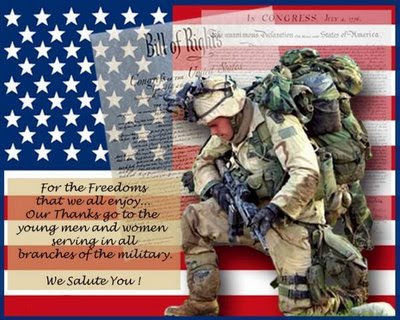 Mine eyes have seen the glory of the coming of the Lord:
He is trampling out the vintage where the grapes of wrath are stored;
He hath loosed the fateful lightning of His terrible swift sword:
His truth is marching on.

I have seen Him in the watch-fires of a hundred circling camps,
They have builded Him an altar in the evening dews and damps;
I can read His righteous sentence by the dim and flaring lamps:
His day is marching on.

He has sounded forth the trumpet that shall never call retreat;
He is sifting out the hearts of men before His judgment-seat:
Oh, be swift, my soul, to answer Him! be jubilant, my feet!
Our God is marching on.

In the beauty of the lilies Christ was born across the sea,
With a glory in His bosom that transfigures you and me:
As He died to make men holy, let us die to make men free,
While God is marching on.

Glory, glory, hallelujah!...
...While God is marching on. 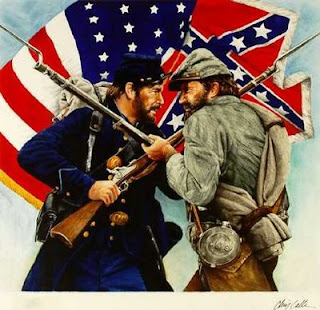 Why is The Battle Hymn of the Republic heard playing at some point in nearly every war movie? Well, if you were to pay attention, you'd find that you'll never hear the Star-Spangled Banner played in any movie with a subject dated before 1889, and if you do it means that someone didn't do their homework. Even though the Star-Spangled Banner's words were written in 1814, until the Navy first officially used it in 1889 and President Wilson official use the song in 1916, the U.S. didn't have a national anthem. There were plenty of other patriotic tunes, though, including what Americans refer to as "The Battle Hymn", which was the closest thing the U.S. came to a national anthem in the mid-to-late 1800's.

"The Battle Hymn" was the unofficial anthem of the Union, although the tune and the words we know today weren't put together until 1861. The tune was transcribed in 1855 by William Steffe, and as is typical of American folk music, there were many different sets of lyrics; however, the most famous version of this song was sung by the soldiers in the Union Army, whose version of the song was known as John Brown's Body. When an Americans hear the name "John Brown", they immediately think of the famous abolitionist and hero of Harpers Ferry, and it would seem that a rousing tune with his name on it would be so fitting to represent the abolitionist American North. Surprisingly, though, the John Brown in the song really isn't the same person. It's about a Scotsman, John Brown of the Second Battalion, Boston Light Infantry Volunteer Militia - who just happened to share the same name, and who had an intermittent punctuality problem.

When Sgt. Brown finally did show up he was ribbed by the others, who jabbed that they thought he'd never show up because they'd heard he was dead. So, who was John Brown and what happened to him? John Brown's campaign on Harpers Ferry is considered to be a major catalyst that propelled the U.S. into civil war. He led the raid with 32 men (including his own sons) in an effort to lead an arm slaves and lead them in revolt. His first order of business wast to lay siege to the arsenal at Harpers Ferry, Virginia. However, news of his actions quickly reached Washington, and he was then shortly met by General Robert E. Lee and a detachment of U.S. Marines who quickly cut off the bridge out of town (and subsequently Brown's only means of escape). He was tried in Jefferson County and found guilty and hanged for treason against the Commonwealth of Virginia. His execution caused a great deal of stir as such a drastic punishment was perceived by anti-slavery supporters to indicate the government's support of slavery. And so, this is the premise behind the chastising of Sgt. John Brown of Boston - that his tardiness was a result of his death (and also quite possibly a slight-of-hand joke that his lack of punctuality was slightly treacherous in itself).

All joking aside, the country still had no national anthem, and early on in the Civil War, some well-respected Union gentlemen proposed a national contest to see who could write a song that was worthy of the title. The idea was a smash most likely due to the hefty prize sum of $500 (which was a lot of money back then). Even though over a thousand songs were submitted, none were found to be suitable. 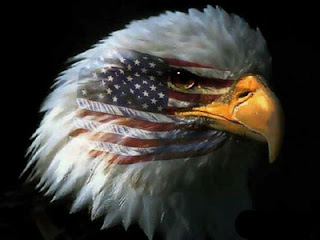 In 1862, two volunteers from the US Sanitary Commission were invited to visit President Lincoln in Washington. The US Sanitary Commission was a government watchdog agency that was set up as a means to ensure sanitary conditions within U.S. POW camps. As part of their trip, the visitors, Julia and Samuel Howe made a visit to a Union army camp in Virginia, just across the Potomac. Interestingly enough, rumor has it that Samuel Howe was a member of the Secret Six...who were the men responsible for bankrolling the real John Brown's raid on Harpers Ferry. That night, the Howe's heard the soldiers singing the song, John Brown's Body. In her autobiography, Julia Howe recalls how she lay awake listening to the song playing over and over in her head, but how she felt that such a noble and inspiring tune had such unfortunate lyrics. In the morning, she awoke with a new words echoing through her brain. She lay there in her bed until she had written them all, then scrawled them onto an old piece of paper. Using forceful words and images like “As he died to make men holy/let us die to make men free,” Julia used Biblical images to urge people to adhere to their principals and end slavery.

In 1862, her poem The Battle Hymn of the Republic was published in the Atlantic Monthly. The poem was set to the music of John Brown's Body, and if the Billboard Music Charts had been keeping score at the time, it would have gone straight to the top and been a No. 1 Single for four years running. The tune was so popular it became the most instantly recognized Civil War song of all time. In its popularity it became the unofficial anthem of the Union, and at the same time obviously became the most infuriating and hated song in all of the South.

As far as the contest to find a national anthem goes, no song was ever chosen as a result of it, and no person received the $500 prize...not even Julia Ward Howe, who's Battle Hymn of the Republic came the closest - her poem was used by the North's military and military supporters until the Star-Spangled Banner's official inception in 1889. She was paid a whopping sum of $4.00 for her contribution. 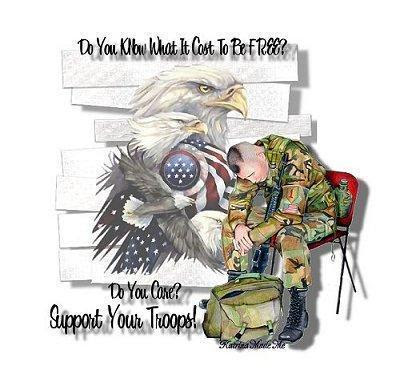 I have read a fiery gospel writ in burnished rows of steel:
"As ye deal with my contemners, so with you my grace shall deal;
Let the Hero, born of woman, crush the serpent with his heel,
Since God is marching on."

Glory, glory, hallelujah!...
...Since God is marching on.

He is coming like the glory of the morning on the wave,
He is Wisdom to the mighty, He is Succour to the brave,
So the world shall be His footstool, and the soul of Time His slave,
Our God is marching on. 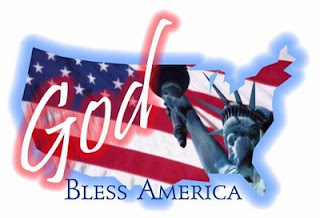 ~Had to raid the Virginia Commonwealth area site for some information...
http://www.wvculture.org/History/jnobrown.html
Posted by LivingDedGrrl at 1:48 AM

I just stumbled here by way of looking for info on 'Fields of Athenry". I find song history fascinating and the job you've done on the few entries I've read thus far are very thorough and intriguing. I think of songwriting as being evolutionary as opposed to how many people think songwriters put together something totally original. Look at Led Zeppelin or Bob Dylan and you'll see a lot of their early material verges on plagarism. Doesn't mean they're not great songwriters though. Indeed the plagarism issue only seems to become a legal issue when a lot of money is involved (i.e. Jake Holmes lawsuit per Led Zeppelin's 'Dazed and Confused'). As much as I admire Woody Guthrie, I doubt he ever wrote an original melody but who would have bothered to sue a guy traveling around in boxcars.
I've probably gone on too long here already but as I say, I find the subject interesting. I'll try to add some comments to individual posts soon but it's past my bedtime already tonight. Cheers,
Dave

Thanks, Dave. It's been a busy summer, so I haven't been posting, but I plan to get back into it soon.

Thanks for your reply. I commented on the Billy Joel Allentown song if you have time to read my senseless ramblings.

A suggestion only if it interests you and provided you have time. I know the melody of the old Elvis hit 'Love Me Tender' was from a civil war song but not much more even though I looked it up on Wikipedia. Entirely your call if you wish to investigate further.