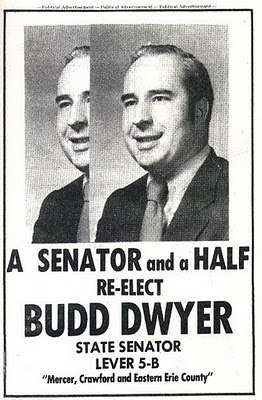 I wish I would've met you;
now it's a little late.
What you could've taught me,
I could've saved some face.
They think that your early ending was all wrong;
for the most part they're right,
but look how they all got strung.

Now that the smokes gone,
and the air is all clear:
those who were right there
had a new kind of fear.
You'd fight and you were right -
but, they were just too strong.
They'd stick it in your face
and let you smell what they consider wrong.

In 1993, the City Cleveland brought us Filter, and in 1995 ex Nine Inch Nails guitar player Richard Patrick made his contribution to history in music with the band's first big hit "Hey Man Nice Shot", which has since been played in everything from movies, to cartoons, to video games, to the NHL's Playoff broadcast and Australia's National Rugby League. All in all, that's not a bad way to enter the history books...unless of course, you happen to be the guy in the song.

When "Hey Man Nice Shot" first debuted, it was assumed that the song was a nod to Kurt Cobain, who shot himself in April of 1994. However, the song was actually written about the 1987 public suicide of Pennsylvania state treasurer R. Budd Dwyer. 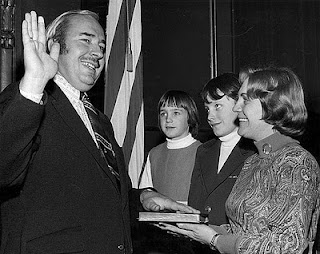 Dwyer was a teacher and a family man. Born in 1939, he graduated from Allegheny College and went on to get his Master's in Education, and was not only a Social Studies teacher, but was also a football coach at Cambridge Springs High School. Finally, Dwyer was given an opportunity to visit Poland as a Community Ambassador, where he truly experienced the differences between American and Communist government systems. It was this experience that compelled him to be a part of the democratic process. In 1965, Dwyer won a seat in the Pennsylvania House of Representatives, and in 1970 he joined the Senate. From 1980-1987, Dwyer finished out his political career as Pennsylvania State Treasurer. Dwyer's life and career would be cut short in 1987, following a hard lesson in honesty and politics.

During Dwyer's tenure as Pennsylvania State Treasurer, the Commonwealth of Pennsylvania accidentally overpaid millions of dollars in FICA taxes. In an effort to correct this mistake, the state undertook the soliciting of bids from accounting firms to determine the amount of refunds the employees would receive. It was Dwyer's job to assist the state in awarding a contract to a company that would order the books. One particular accounting firm out of California, Computer Technology Associates, won the bid with the help of company founder and Harrisburg native John Torquato Jr, who despite his company's base on the West Coast, remained largely influential in the Midwest and used Pennsylvania area connections and bribery to secure the $4.6 million contract for his company. Soon after the contract was awarded, Pennsylvania Governor Dick Thornburgh received an anonymous tip that the award was not entirely on the up-and-up, and a full-scale investigation was launched.

During the investigation, the US Attorney's Office discovered that R. Budd Dwyer had used his position and office to steer the state to awarding Computer Technology Associates with the accounting contract and had refused to invite other bids. He was indicted for the receipt of $300,000 in 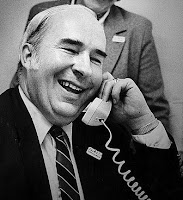 kickbacks from said company for his favors. Later John Torquato Jr., who was also indicted in the same event, would turn state's evidence and testify against Dwyer and others involved in the fiasco. If Dwyer was willing to resign his office, cooperate with the government investigation, and serve a maximum of five years in prison, the Prosecution would offer him a single charge of bribe receiving. He refused. As a result, the government crippled Dwyer's defense with the help of the testimony of unindicted involved persons. In addition to the bribe receiving, Dwyer faced a myriad of other charges, including: 5 counts of mail fraud, 4 counts of interstate transportation in aiding racketeering, and 1 conspiracy to commit bribery. When all was said and done, Dwyer faced a sentence of up to 55 years in prison and $300,000 fine. Thanks to a loophole in PA law, Dwyer was able to keep his job and continue serving in its capacity until his sentence was given by Federal court. Dwyer insisted he had maintained his good nature and that he had been framed and even wrote a letter to President Reagan begging for a Presidential pardon, which he did not receive. 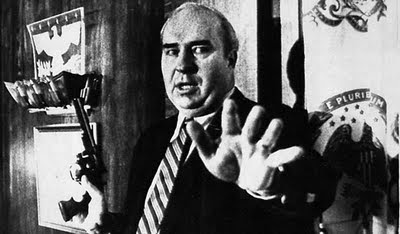 On the day before his sentencing, R. Budd Dwyer called a news conference to update his campaign staff on his status before leaving office. At the meeting, Dwyer handed out envelopes to two of his aides and then acting Treasurer, stating that within each envelope was a set of instructions they were to follow later. He then proceeded to the front of the room where five television cameras and a handful of newspaper and radio reporters and photographers were waiting to document his words for the occasion. As they waited for him to speak, Dwyer reached his hand into a last manilla envelope and pulled out a loaded .357 magnum revolver. The room erupted into a mixture of panic and pleading as those in attendance attempted to persuade him to put the gun down. Dwyer held one hand out defensively and clutched the gun with the other. "Please leave the room if this will...if this will offend you." Dwyer said. As others approached to disarm him he said, "Stay away...this will hurt someone." And with that and with cameras rolling, he placed the gun in his mouth and pulled the trigger.

I Knew Bud Dwyer. I Was At The Trial
Who Was Bud Dwyer?
Posted by LivingDedGrrl at 1:18 PM